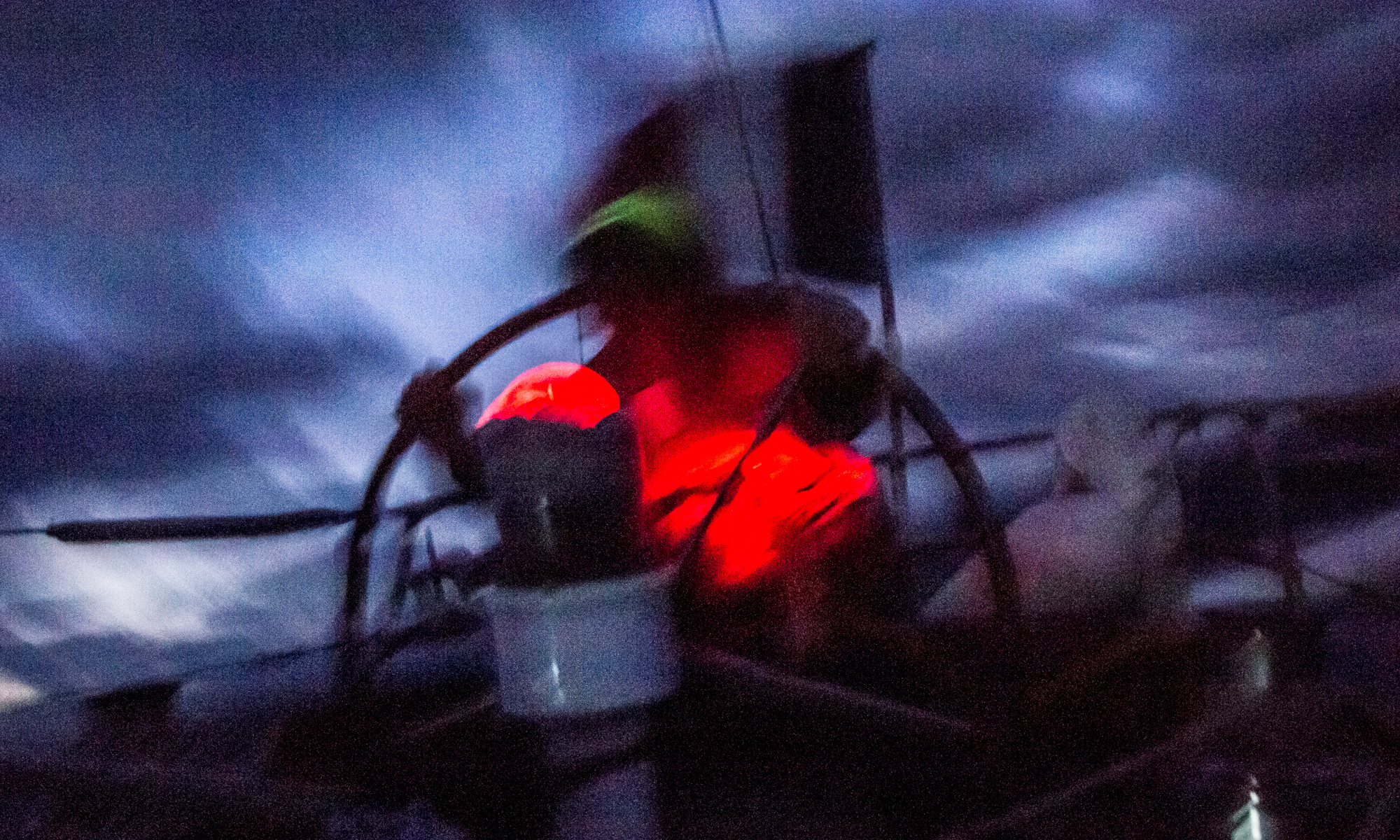 Dancing in the sun light at her mooring buoy in the Scillys, Rocquette impatiently awaits her crew; but three days at sea since Islay merits a well earned pause for a few beers at the Mermaid!

Bye bye Port-Cressa, bye bye Ste Mary and Spanish Ledge! All are sails set for a quick voyage in a freshening wind. Only 140 milles to go to rejoin Port-Rhu after these few weeks in the Hebrides with the YCC!

As each helmsman takes his turn it’s a pleasure for us all with Rocquette cleaving through the waves before meeting the first cargos around 5 in the morning. « Route to 175, starboard tack » appears on the log-book. At the Ushant TTS we are nearly in home waters.

Now at dusk, the wind exceeds twenty knots so a reef is reasonable. It won’t slow us down and will avoid wakening everyone for a windy nocturnal maneuver….Yves climbs up to the foot of the mast and two minutes later we are on our way again. Our course is aimed at the South West of the Brittany lane in order to avoid it and to leave us greater freedom to maneuver between the freighters. However, if the upwind becomes difficult, we will have to modify this ideal but theoretical route. With the AIS we can spot the cargos on the screen as well as sighting them; but we can’t be too careful as some smaller and more discreet boats aren’t so equipped….

Rocquette is doing 8 knots in a really dark night with the foaming wave crests barely visible! After two hours alone at the helm, tiredness has set in; but these are moments to relish, moments to recall, to remember always!
The cargo is somewhere to port but nothing much is visible in this drizzle. What is the real visibility? The screen locates her about two miles to the East. Her lights suddenly produce a pale glow, a halo. Our accompanying neighbour as the AIS indicates, is 128m long and made of steel. Middle of the Channel, dark night and some wind. Our routes are almost parallel and she knows, but surely without seeing us, that a sailboat is nearby. It’s exciting. Her watchman may be as tired as Rocquette’s helmsman. What might he be thinking about?

In ten minutes the lights fade as she’s going at twice our speed. It’s now time to change the helmsman, seemingly awake but already dreaming. Sleep is immediate. Just time to get wedged between the benches.

After a moment full of helmsman’s dreams, sleep fades as the light grows. It’s dawn, dawn in our lane, the Ushant TSS. All hands are already well awake… Rocquette is still doing 7 knots and the SSE screen is showing lots of small colourful arrows blocking our route. The horizon appears dotted with a multitude of lights. Clearly we are a little more to the North of where we had intended to be and will be obliged to cut across the convoi to continue on our way towards the « Pierres Noires ».

“Business as usual”, the procession of ships is endless and a few milles further on we’ll meet the same thing in the other direction. We are just outside the limit! We must be on their screens, and those of the Ouessant-Traffic controllers. A tug crosses ahead of us at 3.8 knots and three freighters between 12 and 18 knots are a bit further. We decide to cut through a mille in front of the tug. Let’s go… As we approach she lights a powerful projector. Her tow’s lights are now visible and she seems to really not want us nearby. We tack and proceed NE along the lane. Three new freighters are approaching. We attack the passage once more, this time passing the tug. Passing well in front of the first ship we aim for the stern of the third.

We take twenty minutes to cross as fast as possible…The last ship changed her route to pass astern. We hadn’t planned to disturb her but the intention on both sides was , as it should be, clear. We resume our initial route. The little tanker is now clearly visible in the beautiful golden light of the morning new day. Without showing us any sign, she crosses us a mille astern!
In an atmosphere of excitement, the first half is behind us, in a cool morning breeze under a blue sky….

« Rocquette, Rocquette… » on the VHF. A Cornish trawler in the zone separating the shipping lanes has identified us on its AIS and seems concerned about or presence. However the release channel she gives us remains silent…We have now veered SW towards the ascending lane. Seven cargo ships are in line over 4 to 5 milles. It’ll be dicy! More fishing boats are at work with tangons deployed. The « village » is crowded this morning! Are we just tourists disturbing the local activities? No, not really; Rocquette takes good navigation seriously.

The TSS boundary is only a few milles to the South. Better to avoid it with a few tack in the intermediate zone as no breaks in the cargo convoi are visible. Another half hour and the limit, clearly visible in red on the screen, is reached. Now we are free to head SW to Douarnenez. We pass two small ships while a mastodon to the South passes half a mille astern. The Marco Polo, 390m, 16000EVP is doing more than 20 knots towards the Northern ports.

How long its been since I wanted to photograph her; for that you had to know to rise early…on the North side of Ouessant. 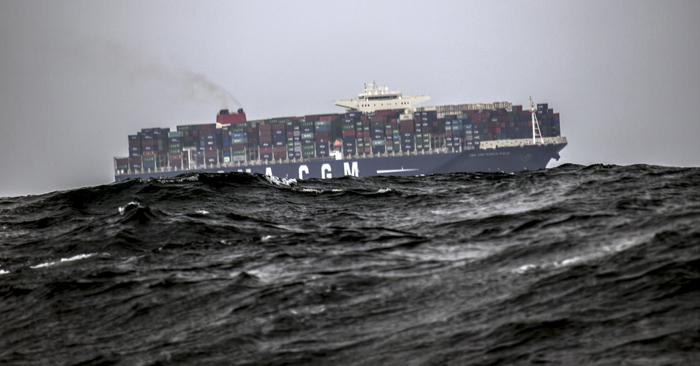 From her base in Douarnenez, Rocquette sails on a cruise or regatta between Galicia and Scotland. Find here the most beautiful walks of our favorite offshore racer.
Rocquette is a member of the Yacht Club Classique